ISLAM KANO: A MUSICAL MIND SPARKED OFF BY AUTISM

Islam Kano is a young, gifted pianist celebrated by both the Japanese and Egyptian government. He has played officially in New York, Japan, Egypt, and Austria. Although he was diagnosed with autism at the age of two, he has grown to become a kind, creative, and inspiring young man. And with the support of a courageous and loving mother, Islam is focused on dedicating his work to inspire and help other autistic children to live above the spectrum. 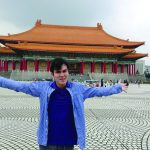 Date of Birth: December 18, 1992
Nationality: Japanese and Egyptian
Profession: Pianist.
Hobbies: Music, horse riding, gaming, swimming, helping with laundry, and cooking.
Dislikes: All insects.
Favorite Food: Sushi and lasagna.
Future Aspiration: To continue to play piano and teach music to autistic children.
Favorite Quote: “A lazy person will be very busy at night because s/he will have her work delayed till twilight.” – My mum, Ruiko Kano.

While most people are satisfied with the coincidence of life, others transform it. This is the story of Ruiko and her son, Islam. Ruiko is a native Japanese woman who lived most of her life in Egypt. Her most cherished gift is her two beautiful children, one of whom was diagnosed with autism at the age of two. Ruiko is one of many determined mothers who work tirelessly to support their autistic children. “I want to allow him to live and do whatever he is interested in,” she says.

I interviewed Ruiko at her home, where she lives with her mother, her son, Islam Kano and daughter. Her house is enchanted with love, music, and laughter.
My first meeting with Islam was extraordinary. He is a bright, handsome young man, with attentive eyes and smile.

It is tough to accept autism, you know. The person you mentioned is successful. Usually, autistic children stay at home, watch TV, eat chips, and drink coco-cola all their life. I don’t like this life, and that’s why I showed him the world through the piano. I played music to him, and he responded. He is a pianist now. And today, he is not drinking coco-cola or eating chips. He drinks beer. 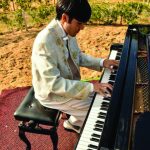 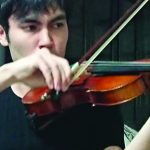 At what point in his development did you notice he was different?

He was two years old. Parents with an autistic child will notice all of the unusual stuff, like always buttoning his shirt oddly, day by day keeping distance from people.
At first, I thought he was a genius because he started trying to talk at eight months,
but then he stopped. I noticed something was wrong. And when he clocked two,
I ultimately knew he was different, but I neglected. I couldn’t accept it because I was afraid. When I researched autism, 85% of his symptoms were accurate. He likes water.
He likes things rolling, like a tire or a fan. I always have to keep him away from danger. 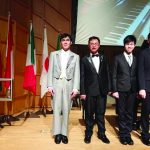 How did you deal with this realization?

I traveled to Japan to see autism specialist doctors, and there, after days of close observations, they confirmed that my son is autistic. So, when he was four years and a few months old, I fixed my mind on putting him in a special Japanese kindergarten located on a mountain, surrounded by water and forest. He stayed there for two years, and then, we came back to Egypt, where I enrolled him in the only Japanese school here at that time.

How was his performance in school?

He was mostly alone in his school. I had to accompany him. I would teach him from morning till lunchtime, and after lunch, he would be with other students. He never played much with other children either. When he did, it wasn’t for long because he didn’t speak much and he is slow. But he continued with the school and then went to an international school until he was fifteen. There he graduated Junior high school. He loves art. He loves to read, but he is a slow reader.

“He found his voice through music, especially the Piano” – Ruiko Kano

At what age did you discover his interest in music, and why piano?

First of all, he was about 12 years old. Someone gave me an old piano. My son was very hyperactive, but when I sing and play the piano, he shows excitement, and he comes to me. So, I thought he loves the piano. It was the beginning of a journey. I later asked my friend, who is a piano teacher, to tutor him. He fell in love with the piano and continued to study. He never said no. At age 14 he attended a children’s concert where for the first time, he played a song. I remember thinking, “this is my favorite concert ever.”
In 2011, there was a great revolution in Egypt. During the revolution, I started to think about the effect music might have, especially through the life of an autistic child. With the progress Islam has made, I felt at that time that if he ends up becoming a pianist, I was going to raise an initiative that will help Egyptian children born with autism find their voices through music because such children have hidden talents waiting to be discovered.

When did he start to play internationally?

So, he started to play more from 2011. In 2013, we went to Vienna for an international competition for handicappers. They were professional pianists, and I saw that Islam’s level was low. He came 9th in the competition. Just last year December, he went to Scriba Harbor, New York, to perform. He has also been invited by the Japanese Committee for handicaps and autism to go to Japan and perform in front of the Emperor. July this year, he was scheduled to play at the Hazaras Park in celebration of Cairo’s 1050 years of establishment. He has played in many places.

What genre of music does he listen to?

He listens to all classical music, but he especially likes Bach, Chopin, and Mozart. He also loves pop music. He can mimic the melody of a song the very first time he hears it. He likes to sing along. He loves Beyoncé and Maria Carey Christmas songs. Some Egyptian tune, like opera Aida music. He loves Opera Aida’s music.

As people, we are often afraid of what we don’t understand, and we tend to exaggerate those fears. Is this fear legitimate for parents raising an autistic child?

Parents are afraid of the future. They don’t know what will become of their children. Even autistic kids are worried about their own life. Parents know they will die at a point, and the child will have to live on. Autism is not like Down syndrome with a low promise of longevity. Autistic kids can live a very long life, but without a proper support system, it will be a miserable life.
For instance, he has no friends. So to cheer him up, I bought him a horse in 2012. Three years ago, I bought him another horse. They are his friend. He calls them ‘Venice’ and ‘Corazon.’

How would you describe positive affirmation or discipline for an autistic child?

First of all, each child has to understand the good and the bad, even autistic kids, too. I saw that bad behavior is not related to autism. So, I start first to treat him like every normal child. And of course, I have my other daughter, but the rule is: we never compare. We treated him as a fellow human being. When I open my heart, he opens his. I communicate with him by looking at his eyes, and then, if he wants to tell me something, he will always touch me and look me in the eye. If he does something that I don’t like, I tell him I don’t like this, and he knows. Every child knows. It’s a feeling even without actual words.
Islam helps in the kitchen. Without telling him, he opens the garbage bin, he opens the fridge, and so on. And if I tell him what I want, he helps out.

What are his future aspirations?
To continue to play the piano, and to teach music to autistic children

Ruiko Kano is driven to help and support other families raising children with autism. To contact her: ruikokano@yahoo.co.jp 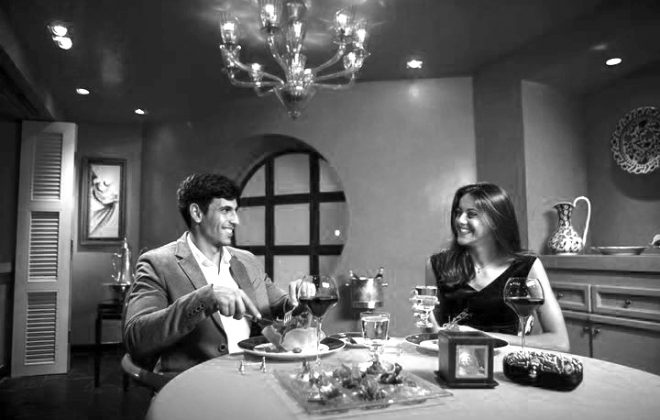