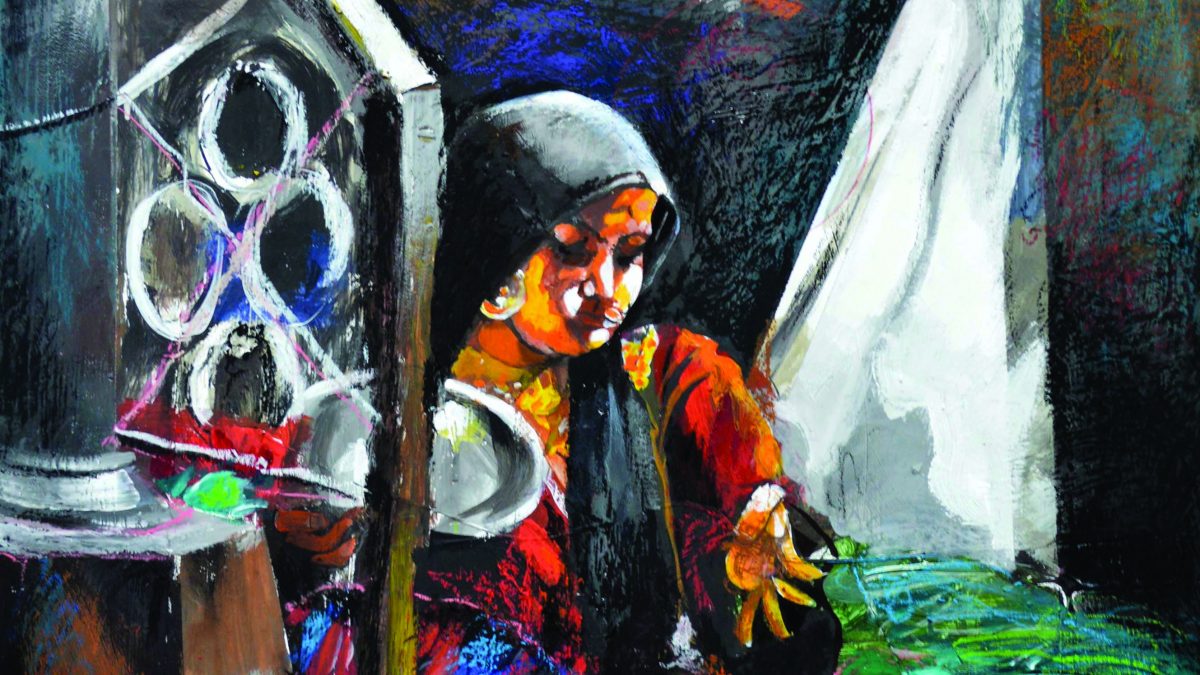 Born in Cairo in 1944, he began dabbling with art at a young age. Naguib started being serious about art in high school, before joining the school of Fine Arts. After finishing his studies in Fine Arts and Interior Design in 1967, he decided to become a Graphic designer and a painter. Naguib later studied Islamic Architecture at AUC and Graphics in the US. He had many one-man shows and participated/ initiated many group exhibitions. He was influenced by the arts of Klimt, Chagall, Ancient manuscripts, and Cubism.

Critics describe his art as both childish and mathematical. Most of his work exhibits sun-kissed colors, tight composition, and great attention to line and texture. His art reflects his Egyptian roots. But he does not enshrine historical styles, he comments on them.

In art, Naguib celebrates love and communication, and predominantly the joie de vivre.

In this show, I want to share with my audience my flirting with calligraffiti. This is an art form that is interested in the abstraction and spontaneity of calligraphy as an art form, not as a vehicle for the spoken word. There are also samples from different stages of my development as an artist over the years. Here, one can follow my role as a recorder of my time and my commentary on them. The thread that links my work is the joy of life expressed in colors and choices. 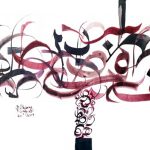 MM: What does Lines mean in the world of Art?

ElhamyNaguib: To create a work of art, artists have to consider involving some or all ingredients (elements) of art: line, shape, space, value, form, texture, and color. ‘Line’ is a point moving in space. It may be two-or three-dimensional, descriptive, implied, or abstract. Line constructs shape. It is fundamental with most artists in the preparation of their work and is one component that can stand by itself. Cave painters, Chinese and Arabic calligraphers, and 20th-century artists like Picasso, Matisse, and others, bring the quality of line to unprecedented heights. 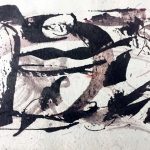 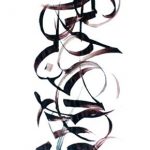 MM: And how was it treated in ancient Egypt? 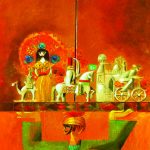 ElhamyNaguib: My fascination with ancient Egyptian art led me to study and enjoy its geometricity built on spiritual and spatial principles in formal art. On the other hand their sketches on ostraca, pottery shards and papyrus are quite rebellious and full of life. In the tombs of the nobles in Luxor, we are faced with the dynamic creativity portrayed through line, color, and negative space. This duality is both sacred and human.

MM: Is there a link or continuity to the use of Lines in ancient Egypt and the 21st-century visual Art?

ElhamyNaguib: 21st-century visual artists are still looking for a common thread. We are watching the contemporary artist going into video art, installation, and conceptual art. Line is getting a multi-dimensional quality. Modern calligraphers rebel against traditional typefaces and are crafting new ones according to unorthodox principles. Artists who still cherish the 2-D canvas like me are involved in experimentation with line to bring back the pleasure of watching them dance, express, and give joy to the viewer. 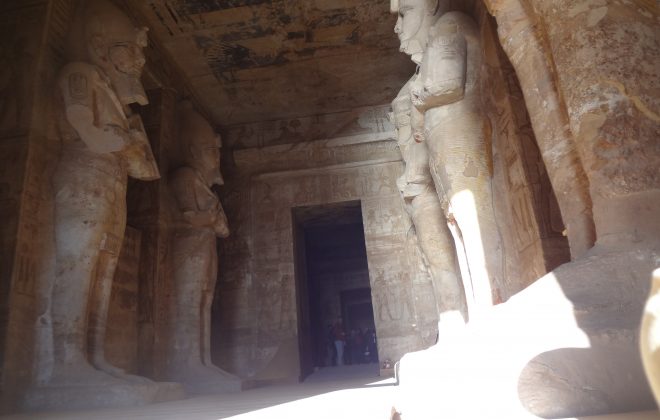 SEKEM; The Oasis of Sustainable Development in Egypt

Outside In: New Cultures