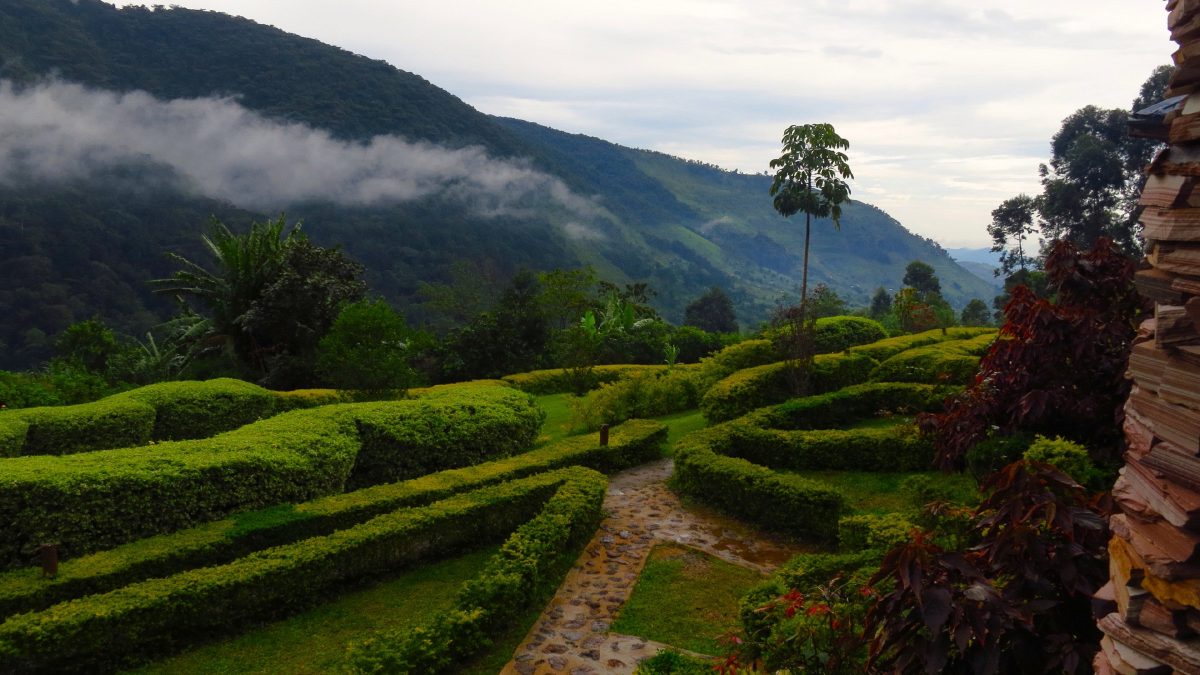 Uganda is a green, hilly country with fabulous nature. The main roads are fine with good bus connections. Off the road, however, the unpaved roads are often extremely bumpy due to the heavy rainfalls that can destroy these roads. Ugandans are extremely friendly. Most houses along the roads and in large parts of cities show that many people are living under severe economic pressure. The country is dotted with a huge variety of church denominations and mosques. Muslims make up around 12% of the population.

Christianity and Islam entered the country with the foundation of British East Africa (now Kenya) in 1895. Various kingdoms in what is now Uganda and Western Kenya, which had formerly been part of a British protectorate, have since seen rapid changes. I was privileged to visit HRH Nabongo (traditional title for the king) Peter Mumia II of the former Wanga Kingdom in Kenya, close to the Ugandan border. The king’s grandfather, Mumia I (1849-1949), was the last great ruler of his kingdom. The king’s role today is primarily focused on maintaining traditional culture.

The British rulers allowed missionaries of widely diverse backgrounds to enter the country, which also resulted in the establishment of Mormon, Jehovah, and Ahmadiya houses of worship; faiths that are far from mainstream in traditional Christian and Muslim countries.

Many of us still remember the days of Ugandan dictator, Idi Amin (1971-1979), during which opponents to his regime were brutally murdered. Since 1979, however, Uganda has developed tremendously. This included giving much attention to education, including the establishment of universities in regions that hitherto were underdeveloped, such as Mbarara University of Science and Technology (MUST), established in 1989. Other initiatives involved creating national parks for the protection of nature and the promotion of tourism.

I was lucky on this unique visit. My son, Filip (20), a former member of Maadi Community Church youth group, under the leadership of Pastor Amy Widener, is now a student of mechanical engineering at the Technical University of Delft, in the Netherlands, had applied for an internship at MUST. Here, he and a fellow student, Ilona Post, worked with a team of Ugandans, Americans, and Dutch scientists for designing and producing a sustainable and inexpensive Magnetic Resonance Imaging (MRI) device, which produces detailed images of the inside of the body.  Current MRI devices need to be imported and cost 3 million USD each. The need for such devices in Ugandan hospitals is very large, and most hospitals can’t afford this. There are currently three MRI devices in Uganda, of which one does not function because of the high costs of repair. The team has made great strides in developing a new low-cost MRI device and expects, if possible, to produce this for the market in, perhaps, five years time.

Filip suggested that we climb the Rwenzori mountains; a mountain range located on the border between Uganda and the Democratic Republic of Congo. In this region, there are several peaks. The highest of these – the Margarita peak on Mount Stanley, Africa’s third highest mountain, is about 5109 meters and is permanently snow-capped. The glaciers in this area are one of the sources of the Nile. The Ugandans created the Rwenzori Mountains National Park in 1991, which was then recognized as a World Heritage site in 1994. The area is well laid out with trails and it includes camps at different heights for overnights. It takes about 8-12 days to reach the Margarita. We, unfortunately, had no time. We had only two days since Filip had to be back in time at his university. So, we climbed in one day. From 1200 to a camp at 3200 meters and returned the next day. There, we met an almost 80-year-old American lady, who said, “Anyone in a normal health condition can climb, except in my age. I am much slower.” This camp gave us a brilliant view over the Queen Elizabeth National Park and at night, we had a most magnificent view of the stars, not polluted by any light close by. Filip described this fascinating, beautiful area as “the place where heaven touches the earth.”

On the track to the top, and on our way down, we encountered other climbers, several of whom came specifically to watch some of the 217 bird species one finds here. The vegetation changes as one climbs from the tropical forest with apes swinging between the trees to the bamboo forest and alpine vegetation. Climbers are accompanied by a guide and carriers who carry whatever is needed. Our guide, Rasto, was the English-speaking son of a small subsistence farmer on the slope of the mountain, who knew the area well and told us great stories about how this track was developed. With the income from trekking, he helps his father and siblings.

Diogenes, a Greek traveler in antiquity, tried to find the source of the Nile and reported about a group of massive mountains that had water flowing into a series of large lakes. He reported that local people called these the mountains of the moon since they were permanently snowcapped. Today many people identify this with the Rwenzori Mountains as one of the sources of the Nile. Vittorio Sella (1859-1943), an Italian photographer and mountaineer, once documented the retreat of the glaciers, which has continued until this day. If this process, the consequence of global warming continues, in years to come, there will no longer be ice-capped mountains on the equator.

After our mountain climb, we visited the large Queen Elizabeth Park, home to the big four: elephant, buffalo, lion, and leopard. Unfortunately, hunters have decimated the rhinoceros population so much that it cannot be found in most parks, including the Queen Elizabeth Park. After the park, we took a boat tour which was absolutely fascinating since from here, one sees mostly animals.

Wildlife tourism has done a lot for the development of the local population. We visited the Katunguru Women, a group of around 25 women making handicrafts, comparable to the beautiful Wadi Shop at St. John the Baptist Church, with the purpose to generate income, paying school fees for their children, and raising awareness for the need to conserve and preserve natural resources. Families were, previously, mostly dependent on subsistence fishing and poverty was rife.

Uganda has truly done a lot to protect its natural resources and promote tourism. It truly is the country where heaven touches the earth. There are direct flights through EgyptAir from Cairo to Entebbe. One finds accommodation in all categories, from luxury to an excellent and affordable backpackers’ hostel such as Bushpig in Kampala.

Sociologist, Director of Center for Intercultural Dialogue and Translation (CIDT)