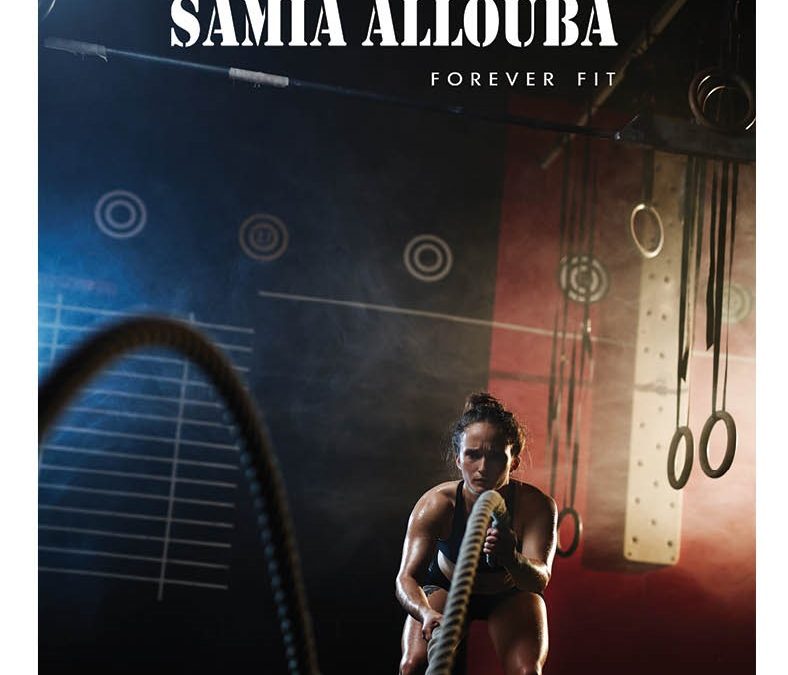 SAMIA ALLOUBA – THE FACE OF FITNESS

Egypt has seen the fitness industry boom over the past decades.

One of the few businesses little affected by the political and economic crisis, gyms are continuing to crop up all over the city competing for greater quality and comfort. At the forefront of this is the familiar face of Samia Allouba. A household name in Egypt for her chain of gyms and fitness videos, Allouba has been leading the industry since the early 1990s. She is still a long way off from throwing in the towel, however. New gyms are under construction in locations around Cairo and even in the Gulf States. “I’ll never retire,” she says, “I have always thought that I will drop dead teaching a dance class. My only worry is what message that will send to them about fitness…”

There is little need for concern though. As a proud grandmother, Samia Allouba is a living tribute to the lifestyle she advocates. She has the same playful spark and well-toned physique that she has always had. “Age is how you feel, and how you treat yourself,” she says with a smile. She follows this up with a sharp reproach to her young assistant for smoking. This passion for fitness is what accounts for Allouba’s success. She was never a businesswoman. “Actually I created the gym by accident,” she says.

Samia began as a dancer in the 1970s, practicing with a Russian company. It was a pivotal time in the history of Egyptian dance. “At that time dance was very basic in Egypt,” she says, “there was no jazz or modern dance to speak of.” Through working with the Russian company Samia was able to discover new styles of dancing and make connections. She paired up with an American dancer, who became a close colleague and long-time friend. It was through this connection that she discovered aerobics. “Aerobics didn’t exist in Egypt at that time. Nobody had ever encouraged the use of dance for fitness before.”

Samia Allouba was one of the first to star in a work-out video in Egypt, something which she became a bit of a celebrity for. In the 1980s she began filming; it was quite controversial at the time. “I did have a few arguments with the producers,” she says. “They wanted me to change my breathing; they said it was too sexual. I refused, the breathing is part of the exercise and I made them keep it in. Then they didn’t want me to wear strapless tops! They asked me to cover my arms, and again I refused. I said, ‘this is a hot country and these are physical exercises, I’ll wear what I find comfortable’.” She was forced to make some compromises, however. “They wouldn’t let me wear shorts. I had to wear loose fitting pants,” a rare sacrifice from somebody use to getting their own way.

Samia’s passion for dance never faded, even as she got married and started a family. In fact, this began a new chapter in her career. “I wanted to teach my kids to dance,” she says, “so I began giving them classes.” These classes were so popular with her children that others in the area began to attend. “After a while, I took on so many customers I had to begin employing other dancers from the dance company. We had to buy a new apartment, a spacious flat on the top floor. We moved out from there after the neighbors below complained about the banging, but we just kept expanding.”

Samia considers her gym one of the first family gyms in Egypt, as well as the first to combine the gym with classes. In the late 1980s, she and her husband took out a loan to buy land on which to build a dance studio. “Borrowing money was not easy back then,” she explains, “loans were not common. The studio was completed in 1991, but still far from being a modern gym. “We had only one machine, an old multi-purpose exercise apparatus.”

From there their reputation grew. They took great care to imprint their own style and ethos onto everything they do. Samia gives credit for her success to the family aspect of the gym. The atmosphere was inclusive and welcoming, being one of the first mixed gyms for men and women in Egypt. They continued to expand. “We just kept knocking walls down and making it bigger.” Eventually, they built another building to house the gym and used the original as a studio.  They opened up a new establishment in Mohandesin in 1994, followed by a ladies only gym. Since then they moved to Heliopolis, 6th October, and Alexandria. “We had to leave Alexandria though,” she says, “we couldn’t be there enough to have proper control over it. We are the ones who give our gyms their identity, we either run all of it or not at all.”

So where does it end for Samia? “My husband and I planned to retire soon,” she says, “so that we could travel the world and do all of the things that we had wanted to do.” Tragically, Samia Allouba’s husband passed away a few years ago. Since then, Samia has not felt ready to retire. She has continued to take control of her business, but in a sense, she has begun to take a back seat. Her work now focuses on training her staff and she recently offered partnerships to a number of long-term employees. Still a teacher, Samia is moving into training the trainers, and out of the dance studios. “There aren’t enough professionals in the business, so we invest a lot in teaching people.” For an individual who has spent her life getting people into shape and dancing, it seems only right that Samia should be spending the rest of her career training people in how to continue her legacy.