It is the season of love, oh yes! Love, this feeling of connection with someone that brings about tremendous bliss and ecstasy when it’s going well, but can also bring about serious heartache and pain when it goes awry. Certainly, every human who has ever fallen in love has experienced those two extremes of the love continuum. But have you ever wondered why love has the potential of bringing about those two extreme emotions (ecstasy and heartache)? Did you ever observe the bond of love and attachment between a mother and her baby and wonder if it has any similarity or bearing with adult romantic love?

The answers to those questions are not farfetched. Thanks to the renowned social psychologist, Jonathan Haidt, who devoted an entire chapter of his groundbreaking book “The Happiness Hypothesis” to observations deducted from various studies on love and attachment.

Hence, a review of chapter 6: “Love and Attachment,” answers the questions raised earlier.

Haidt introduces the chapter with the anecdote of a period in history, when the science of the time got it so wrong with regard to the need for care and affection in raising children. That period was a confluence point of three “big ideas”: Germ theory, psychoanalysis, and behaviorism. Because of this, children were mostly isolated from parents, caregivers, and other children to prevent the rapid spread of infectious diseases. Also, mothers were urged to limit their affectionate contact with their babies to the time of breastfeeding alone. As psychoanalysts and behaviorists, Freud and Watson pointed out, babies only need their mothers for milk, so receiving affectionate care from mothers when not being breastfed would make the babies grow weak, spoilt, and dependent, so they thought. Poor little babies! However, those “big ideas” didn’t endure. Thanks to two great heroes who rose up to challenge the scientific wisdom of the time: Harry Harlow, famous for his experiments on rhesus monkey babies, and John Bowlby, known for his theories based on his observation of children separated from their mothers. Working together, these two men proved that babies need much more than breast milk from their mothers. They need love, affection, and comfort equally.

Then, Haidt explains Bowlby’s theories which helped to prove the previous “big ideas” recommendations wrong.  First is the attachment theory which shows that safety and exploration are the two basic goals that guide children’s behavior. Children need to be safe to survive. They need exploration to learn about the world around them in order to develop the intelligence needed for adult life. However, these two needs are often in opposition.  A child who explores usually risks injury or other danger associated with adventure. Meanwhile, a child who always wants to stay safe will not learn much, hence would be unable to develop skills and intelligence needed for adult life. Given this, the two opposing needs are regulated by an internal mechanism, like a thermostat, that monitors the level of ambient safety which prompts the child to play and explore when the safety level is adequate. But when the safety level drops, the child immediately stops playing, runs to mum for protection. If mum is not available, the child cries desperately until mum becomes available. The child seeks comfort and reassurance, and after a while, the system resets and play resumes. The four defining features of this attachment are:

The theory, in addition to other extensive studies, helped to prove that children who have affectionate mothers (who act as a good secure base) usually grow up to be stable, dependable and emotionally intelligent adults. While children who lack a stable mother figure in their life usually grow up damaged emotionally, and often have difficulty navigating the world as adults. Haidt noted here that this could be applicable to fathers as well, but since most children in all cultures spend more time with their mothers, the emphasis is placed on mothers.

Haidt further shows that there is another system that serves as a counterbalance to the attachment system, as explained in Bowlby’s attachment theory. This system he calls “the mother to child caregiving system.” It is influenced by the hormone oxytocin, which causes the mother to have a strong desire to care for the child.

In addition, Haidt pointed out that these two systems, plus another system called “the mating system (a system of the attraction of male and female for copulation)” form an important part of the building block for adult’s romantic love relationship. Some attachment researchers also found that the same pattern of emotional connection that a child has with the mother is usually maintained when the child grows to adulthood and is forming an emotional connection with a partner. This explains why adults in intense romantic relationships do things similar to what a mother and a child do; staring lovingly at each other, cuddling, kissing, speaking in a very low tone of voice to each other, and enjoying the same release of the hormone oxytocin.

It becomes evident that adult’s romantic love relationship borrows from the two systems (attachment system and caregiving system) and then, adds the mating system to the mix. Interesting, isn’t it?

At this point, Haidt shows there are two kinds of love: passionate and companionate. Passionate love, as described by love researchers, is a wildly emotional state in which tender and sexual feelings, elation and pain, anxiety and relief, altruism and jealousy coexist. It is likened to drugs and has a similar effect on the brain. It increases the serotonin in the brain and makes one high. But, like drugs, one cannot be high continuously. The effect surely wears off in a short time and one becomes sober thereafter.

Companionate love, on the other hand, is the love people grow into overtime. It is described as the mutual affection felt by two people whose lives are deeply intertwined. It becomes stronger over time as the partners apply attachment, caregiving, and trust to each other. This is the kind of love that endures and, usually, lasts a lifetime. Characterized by the longevity of a relationship or marriage with couples who still derive pleasure, excitement, and comfort from each other’s company.  Couples who are fortunate to experience this kind of love are those referred to as “soul mates.”

However, Haidt makes a clear note at this point. It is possible for passionate lovers to transition to companionate lovers if they’re both willing to take things slow and to gradually build their relationship by exercising caregiving and attachment system toward each other, through which trust can be built and the relationship can be sustained.

There are various points of interest in this chapter that can’t be covered in this review. I solely recommend that you get the book. It makes for an interesting read.

A Tech entrepreneur, a curious-minded nerd who loves to ask questions. Commander of his PC, and life apprentice. 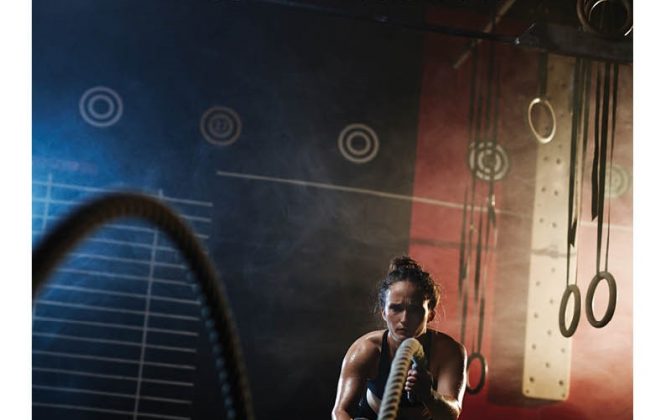 SAMIA ALLOUBA – THE FACE OF FITNESS