Home > Uncategorized > Against the Tide – Upside View on Egypt

Against the Tide – Upside View on Egypt

This year marks the 71st anniversary of the proclamation of the Universal Declaration of Human Rights. 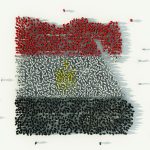 It is important to recall the fundamental connection between extreme poverty and human rights, and that people living in poverty are disproportionately affectedby many human rights violations.

The population in Egypt has increased from 1.8% in 2008 to 1.9%, which makes Egypt’s population 1.3% of the total world population. The growth among the poor is substantially higher than among the middle and upper class.The population growth has not made it easy for the education system in Egypt. But after the new Minister of Education, Tarek GalalShawki, was elected, he began concentrating on a new school system which is now administered in elementary schools. According to the UNESCO Institute of Statistics, there has been a 50 percent increase in elementary school enrollment since the revolution in 2011, which is a huge step towards a great future for Egypt.

Many new learning centers are opening to cater to the education need, for both Egyptians and refugees in the country. The Center for Arab-West Understanding Learning Center opened last year and has just begun its second year. While there are plenty of schools in Egypt, there are not many for non-Arabic speakers, nor refugees with huge learning gap issues. At CAWU learning center, they bridge those learning gaps and set their students on a path to a promising future.

In Egypt, poverty is a problem, and no one denies that. However, Egyptians have their way of dealing with poverty, by enabling people from all walks of life to work. The service sector in Egypt has everything! You can order anything from apps or by a phone call. They created jobs rarely seen in many countries I’ve visited. Your experience of going to a hairdressing salon can be more interesting than necessary. For example, one person is designated to the washing of your hair, another to cutting and treating, while a third person to removing the cut-off-hair with a gentle breezed hairdryer, and a fourth to tidying up. Surely there is the fifth person who receives the payment. These people are not a necessity for the business. However, it is important to the community that more people find jobs, make a living, and possibly, stay out of poverty.

The will to rise above poverty has inspired groups like Cairo Cycling Geckos, who prepares a variety of food, such as homemade sandwiches, and sells them for as little as 10 LE. Cairo Cycling Geckos’ approach is to provide clean and healthy meals, and at the same time, motivate others to take on a fitness-boosting and environmentally friendly activity.

To eradicate poverty, we must think: ‘Proactivity and Sustainability.’ The non-profit institution Misr El Kheir foundation is adding value in this way by initiating and executing different projects in Egypt. For example, ‘The Greenhouse project.’ A project which was carried out by 50 farmers given 209 Greenhouses. The farmers received special training in managing the greenhouses and also important information on farming and agriculture. Misr El Kheir Foundation was established in 2007 with the focus of developing the Egyptian individual through the implementation of different projects in order to diminish the levels of illness, poverty, hunger, illiteracy, and unemployment.

Globally, we can see remarkable progress against extreme poverty. Egypt may go through hard times at the moment, but despite her struggles and setbacks, there are plenty to be accomplished in the future. No condition is ever permanent.  And if other countries can rise above the poverty line, so can Egypt.

Hope is HER Superpower