Home > Uncategorized > Colorful Memories Made at the ‘Black and White Desert,’ and ‘Nuweibaa Beach,’ Sinai 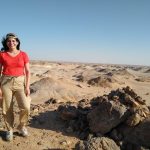 I came to Egypt for an internship through AIESEC, the largest student organization in the world. When I searched for a media-related internship last November, the two options AIESEC provided me were Azerbaijan and the ‘Mother of Earth’ (‘Om El Donya’ in Arabic), which is what Egyptians proudly call their culturally rich country. Although I initially wanted to spend my summer in the south of Europe, I decided I will forgo other opportunities and say YES to Egypt. I chose to because I remembered how passionate I was about Egyptian history at a younger age. I mean, who doesn’t want to see the Pyramids, mummies, and traces of Caesar and Cleopatra? Although I was sure this would be a fantastic experience, I wasn’t entirely prepared for a first culture shock. Every experience abroad is beautiful and memorable, but they come with ups and downs. So in this article, I will summarize my six-week stay and adventure in Om El Donya. 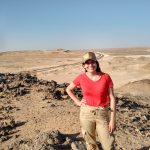 I lived in a hostel in Downtown Cairo, which at first was hard for me. I have to admit I am, sort of, a little princess who comes from Vienna, Austria, which has been ranked several times the most livable city worldwide. I was never used to so much noise, traffic, and people, but it took me just a couple of days to get used to this change. Thanks to the great hospitality of the Egyptian people, who always try to make one feel at home.

Moreover, since I came with AIESEC, which I chose specifically because not only do they provide you with great projects, they also make young people from across the globe gather together to discover other countries and make memories. So with this decision, I knew I would not be alone in a foreign country. I am come for a project and to make international friends.

Although Downtown Cairo seemed like a messy place to live in, it was pretty good after all. First of all, it is the best place to live in as a traveler or tourist and the easiest location for commuting around this huge city. Second of all, Downtown is surrounded by so many cafes and shops. You will find anything you need within a short walking distance. Moreover, the fanciest hotels and the Nile River with its breathtaking views are near the center of Tahrir Square. Taking walks at night on the Nile was one of the most relaxing things I do after a long day. Although Downtown is not the cleanest of places, discovering the amazing architecture of its buildings will give you a retro old school vibe. So, instead of looking at the dirty floor, look up!

The Black and White Desert

I went on two trips during my stay; one was organized by AIESEC while the other, by my work colleagues. With Aiesec, I went to the Black and White desert, which was definitely the most interesting experience. I was super skeptical at first because I was afraid it would be too hot and tiring, especially going with a large group of forty. It ended up being an unforgettable experience. I have to admit, though, it still was a bit tiring. However, it was the perfect time to bond with friends and meet new people again. 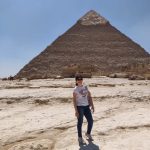 There were three big highlights during this trip. The first would be the food. Yes. Now you can guess I am a big foodie. We were served lunch, dinner, and breakfast by Bedouins which made the best homemade food I have ever had. The day we arrived, we had the best shakshouka dish ever for lunch.

The second highlight was the sleepover in the desert. Let me be honest. At first, I was freaked out by the fact that we were not going to sleep in tents but rather on matrasses on the sand outside in the wide desert. I was thinking about scorpions, desert foxes, beetles, all sorts of things that make you anxious. But then I told myself, “no, I am not going to freak out but will enjoy bonding with the others and sleep peacefully. There is literally no noise at all in the desert — pure silence. And of course, the moment we all waited for: watching the beautiful stars above our heads. I made so many wishes that night watching the stars fly by.

The third highlight was simply to experience seeing a desert for the first time. I have never been to a desert before. The landscapes were so beautiful, especially the white desert and its serenity which felt celestial. And climbing up the mountains made me feel like I was on top of the world.

An unforgettable trip. The small inconveniences such as the heat, not showering for a day, feeling all sweaty, and having to accept that there are no toilets in the desert; the desert was our toilet. All of these taught me that sometimes, it’s good to get out of our comfort zone and accept the not-so luxurious experiences.

A Trip to the Beach at Nuweibaa in the Beautiful Sinai

The four best days I spent in Egypt was at Nuweiba. It is the first time I paid so little for luxury. We were at a camp called Safari Beach Camp, with fancy rooms, great food, and the most beautiful and comfortable sea I have been. The water was crystal clear blue with no creatures — not even the annoying sea urchins or jellyfish. Okay, to not exaggerate, there were a few of those creatures I mentioned showing up once a while, but they were rare. The water did not only have a beautiful light blue color; it also was the warmest sea water I have ever stepped into. It is the first time I stepped into seawater without freezing at first. 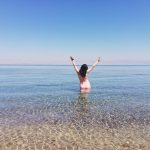 I had this trip with amazing friends, and it turned out to be one of the best holidays I have ever had. I regret not having more planned trips at the beach in Egypt. I thought my budget was too small for several trips. But no, everything turns out to be cheap. My stay at Nuweibaa is what would motivate me to come back to Egypt. One does not always find a cheap hotel with top rooms, a clear beach, and good food for a low price. I have been to beaches in the south of Europe which were way too crowded, not as clean, not as beautiful and with overpriced hotels.

So, to conclude, what I can say about Egypt? I would say, Egypt, you have been good to me! Although the heat, the traffic, and chaos of Cairo were exhausting for a while. AIESEC gave me friends for life. Local Egyptians made me feel at home in the hardest situations, and the trips showed me the beautiful sea and landscapes of this country.

Most importantly, this trip made me grow so much. I got out of my comfort zone, learned to face a culture shock and how to adapt and make the best of this experience. I regret not having seen everything, but I will come back one day! Dahab, Alexandria, Luxor, and Aswan, I know you will be waiting for me!

Nina Chahin is a student from Vienna, Austria, studying media and communication science at the University of Vienna. She speaks five languages; French, English, German, Arabic, and Spanish

Against the Tide – Upside View on Egypt

Outside In: The Significance of a Smile