Home > Uncategorized > Hope is HER Superpower

Hope is HER Superpower 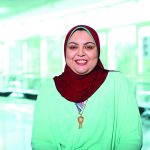 has been giving hope to women since its opening in 2015: the hope to fight, to survive, and to thrive beyond cancer. This non-profit foundation is located in El Haram district in Cairo. It is the ONLY women’s hospital in Egypt at the forefront battle against cancer, fighting alongside women, irrespective of class, ethnicity, or religion. Named after a woman, Baheya Othman is a perfect demonstration of one woman’s inclination and courage towards women’s health in this region. And their services are for free, which includes early detection test (mammogram), chemotherapy, radiation, psychological therapy, clinical nutrition and therapeutic therapy, surgery operations.

“Baheya changes the breast cancer culture, it teaches us that the better Psychological Health we have, the faster we can be treated”– Nashwa Saeed

Through public campaigns and outreaches, Behaya foundation is dedicated to increasing breast cancer awareness level among all classes in Egyptian society. They encourage women to undergo early detection, and they have programs to support patients emotionally. “The best thing about Baheya is that it has a patient support unit,” says Fighter AbeerGalal. Their patients are called ‘fighters.’ 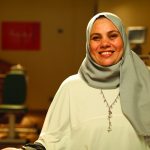 This October, we honor the lives of women around the globe that we have lost to cancer, and we call to help increase awareness and support foundations like Baheya and others who are making a difference in women’s lives and health.

Baheya foundation relies on donations to continue its operation. Join the fight against cancer, one step at a time. 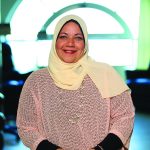 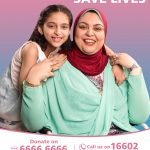 Outside In: The Significance of a Smile